Home ENGLISH ONLY TV series and design: Harvey Specter’s apartment from the Suits series
ENGLISH ONLY

When it comes to the American series Suits , it’s impossible not to think of Harvey Specter.

Successful lawyer, he juggles in one case after another, in a competitive New York, always dressing impeccably, as well as all his partners in the law firm.

In addition to enjoying the plot of the Netflix series (yes, at the moment I have not finished it yet), I am pleased to note the style that distinguishes Harvey in dressing but I also linger on his apartment whenever there are scenes shot in his living room with open kitchen. And the scenes are many!

So I thought of researching most of the furnishings in the Harvey Specter’s apartment for those who want to furnish the house in that style!

I had previously shared the idea on my Instagram profile and my followers were enthusiastic about it. 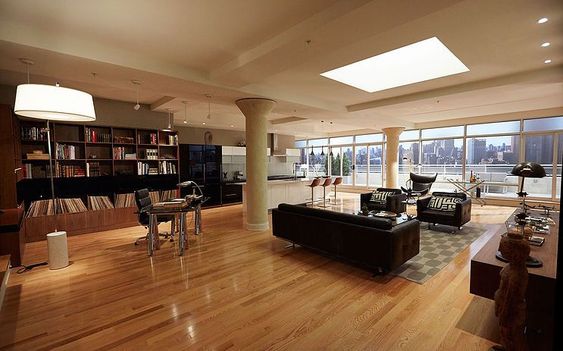 The search for the furnishings was not easy and I was unable to find everything perfectly identical.

Some furnishings are very similar and maybe they are the ones used in his apartment (the first seasons have been aired since 2011, so it may be that after 9 years the manufacturers have also changed the furnishings).

One certainty: the Aplomb of Foscarini

The lamps that I recognized immediately are the Aplomb by Foscarini, which have not changed over the past decade.

It is a pride to be able to see 100% Made in Italy in an American television series (even if it is not the first time …). 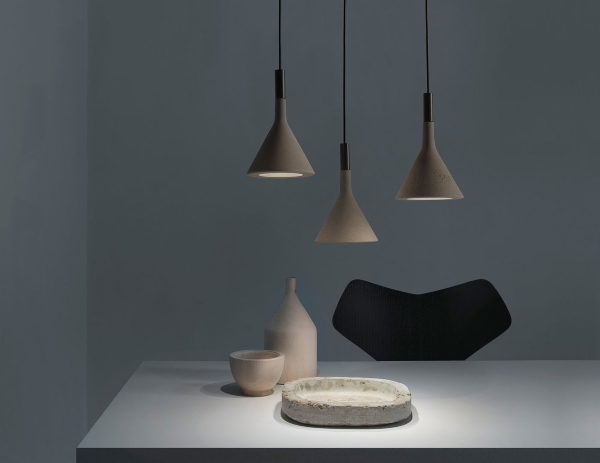 The 3 Aplombs illuminate the snack counter top, built on a huge island on which you can see the double basin sink under the top. This second detail leads to the conclusion that the top of the island is definitely not of laminate, but it can be of quartz, corian or another material that allows the sink to be built under the top. 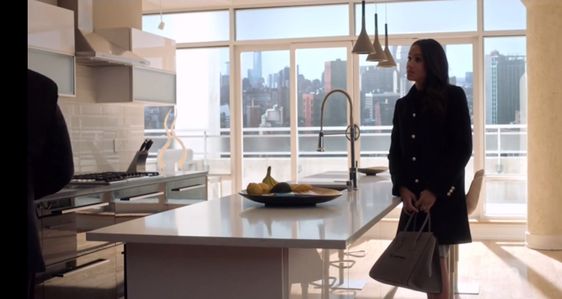 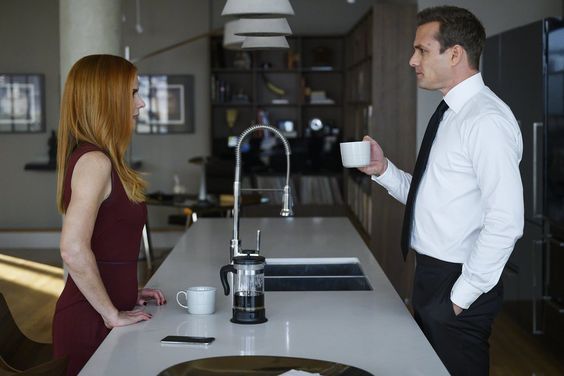 The stools of the snack counter

I am not sure that the stools that I have identified are really them, but they are practically the same as those present in Harvey’s kitchen, identified after a long search.

The stools should really be from the Lapalma brand Miunn collection, in the version with seat in Canaletto Walnut (below in the photo, in a lighter wooden version). 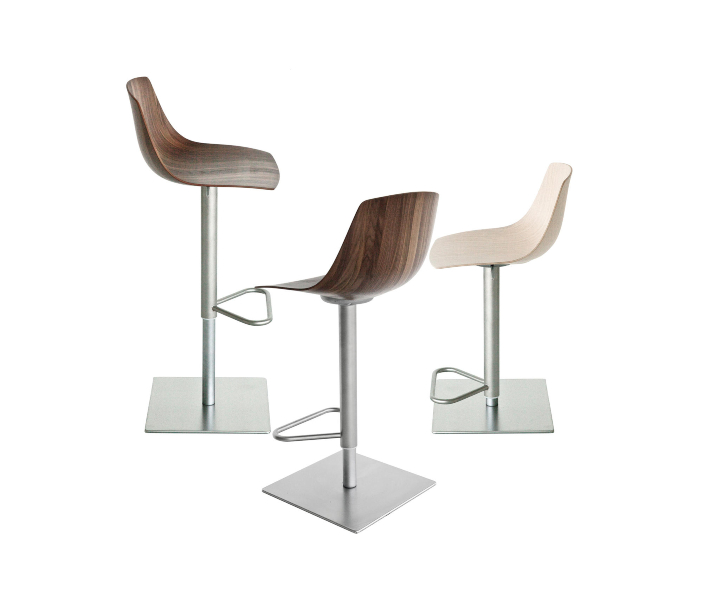 This is another product 100% Made in Italy! 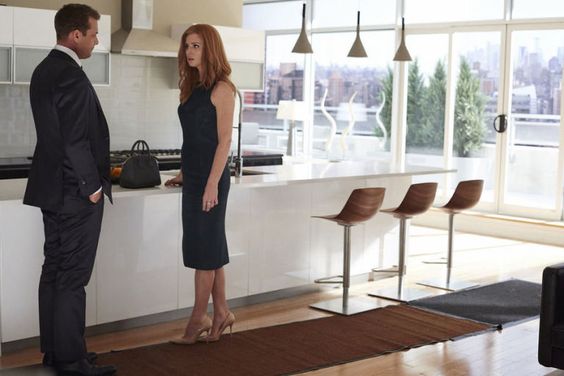 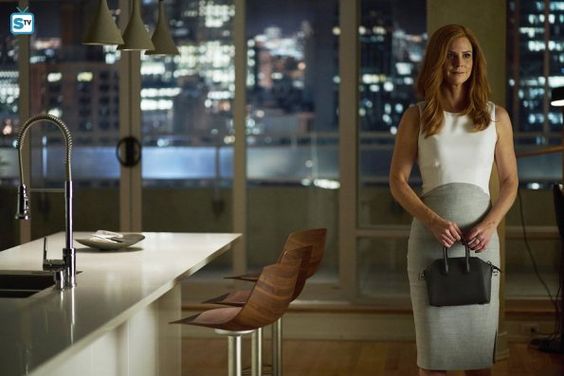 The armchairs present and the sofa are all in black leather.

A color that in this context can be used without fear, given the abundant amount of light that enters from the beautiful windows of the apartment. 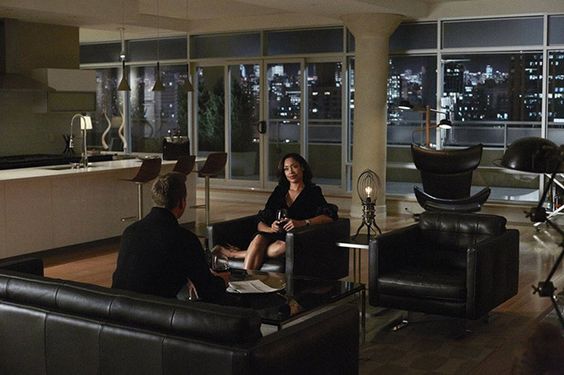 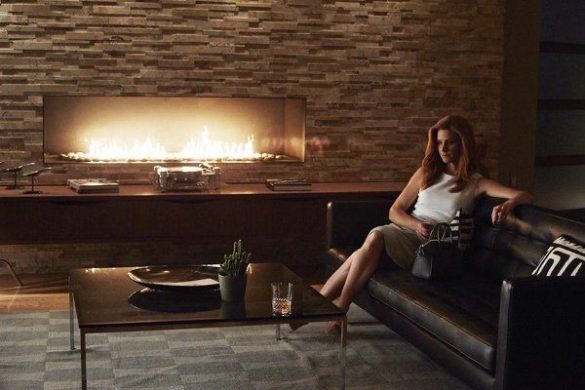 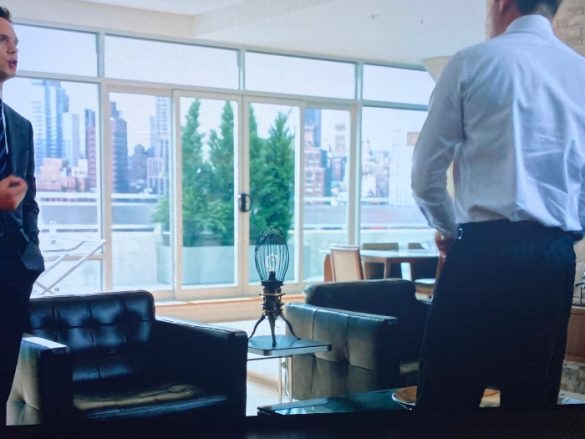 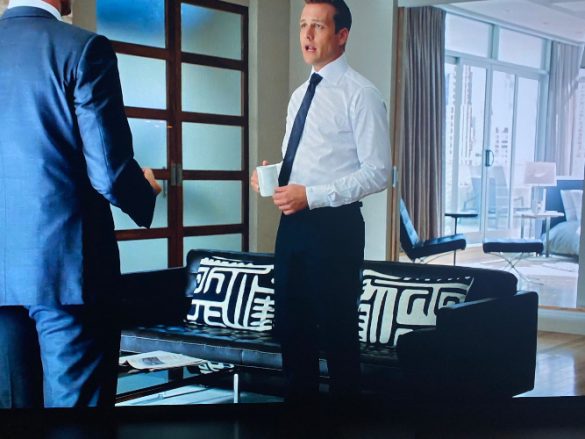 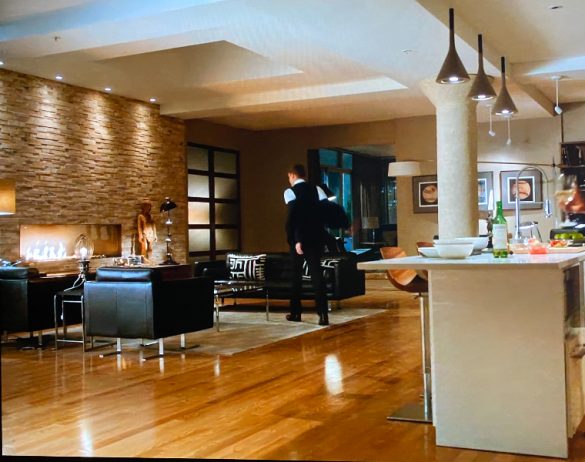 The sofa is very similar to Max Divani’s Gran Torino combined with the armchairs of the same series. Instead the high-backed armchair near the windows reminds me of B&B Italia’s Metropolitan ’14. 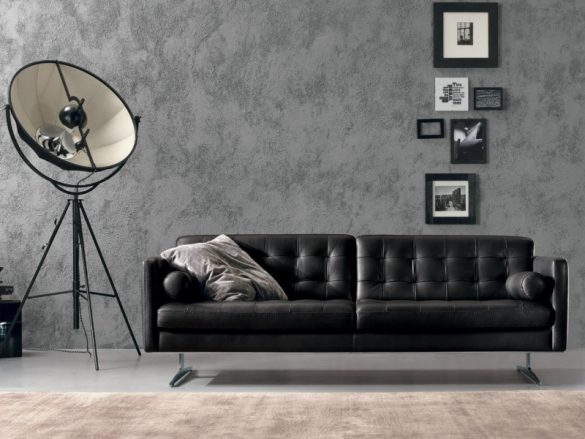 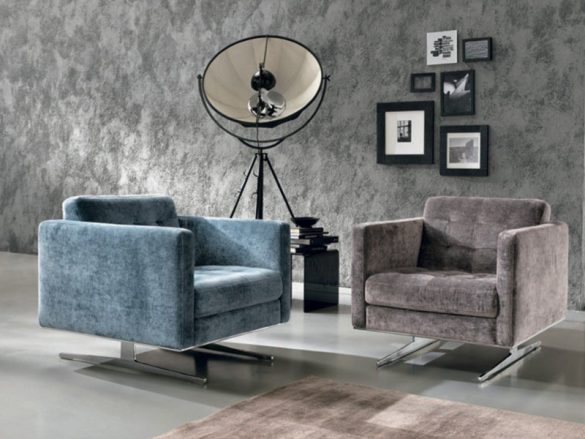 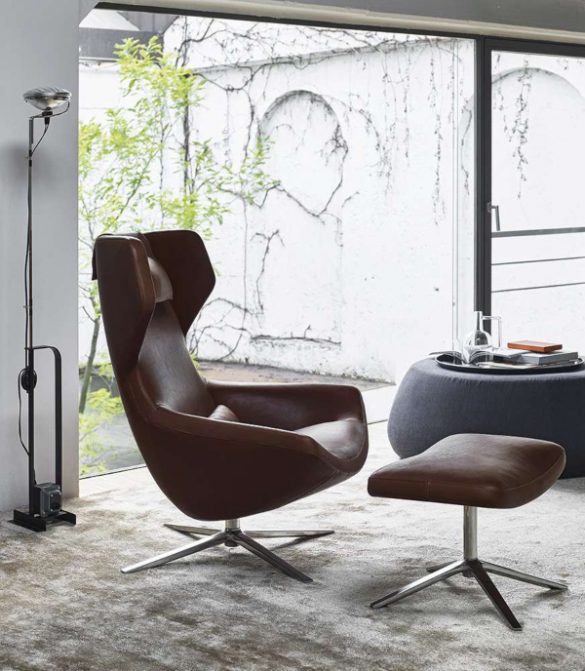 The table is taken up a few times in the course of the series and it was difficult to find a similar one!

For the chairs, however, it was really impossible to find them the same, but I will still suggest some crazy chairs. 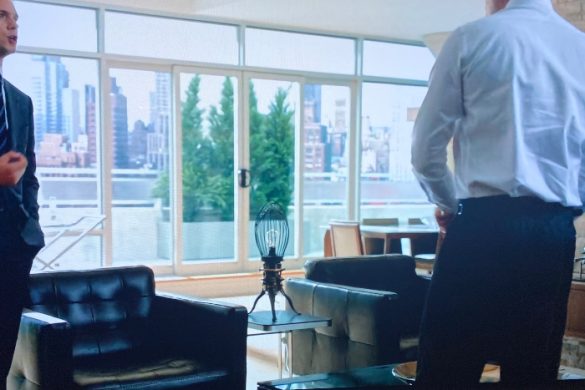 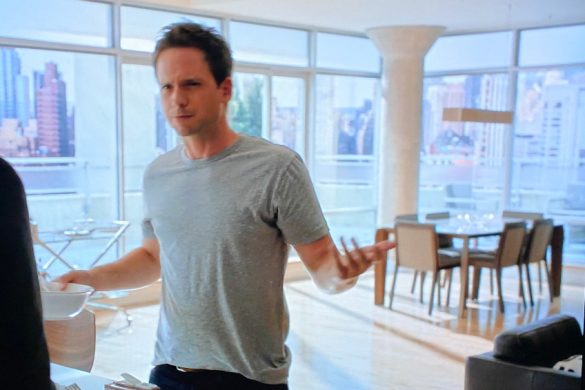 It really seems that the table has a glass top and lacquered legs.

I found a similar one in Midj’s Diamond table. For the chairs, I would match Kico’s Ella. 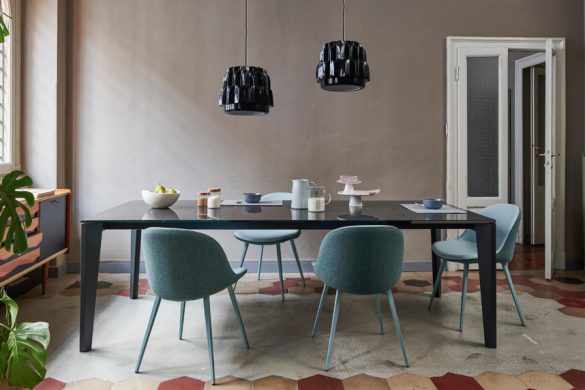 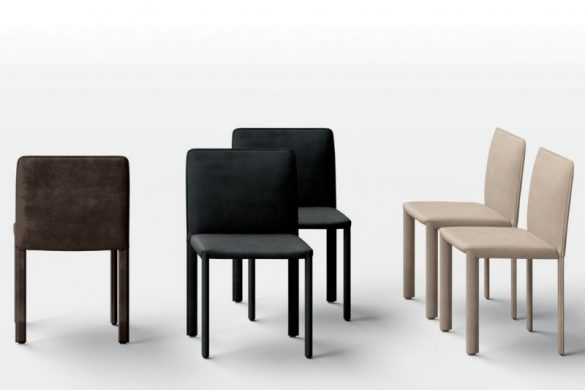 With this I have concluded my selection to furnish the house like that of Harvey Specter in Suits.

I hope you enjoyed the inspirations!

8 inspirations to furnish your garden, with every comfort

The Kau’s villa onto the sea: between love...

A living room without TV

Arthewall: for those who love to decorate with...