LED lights in living rooms and bathrooms with ceiling beams

The ceiling beams have always had a great charm and give that extra warmth effect to the environment with their natural lines.
Today they are adaptable to every style and every furniture thanks to the painting and bleaching that make them less imposing and more homogeneous, even in modern environments.
In addition to this, a fundamental role for the integration of these architectural components to contemporary environments is played by lighting, especially thanks to the use of LED lights, both strips and spotlights.

Now let’s see together some stylistic and integrative solutions of led and beams in environments such as living rooms and bathrooms. 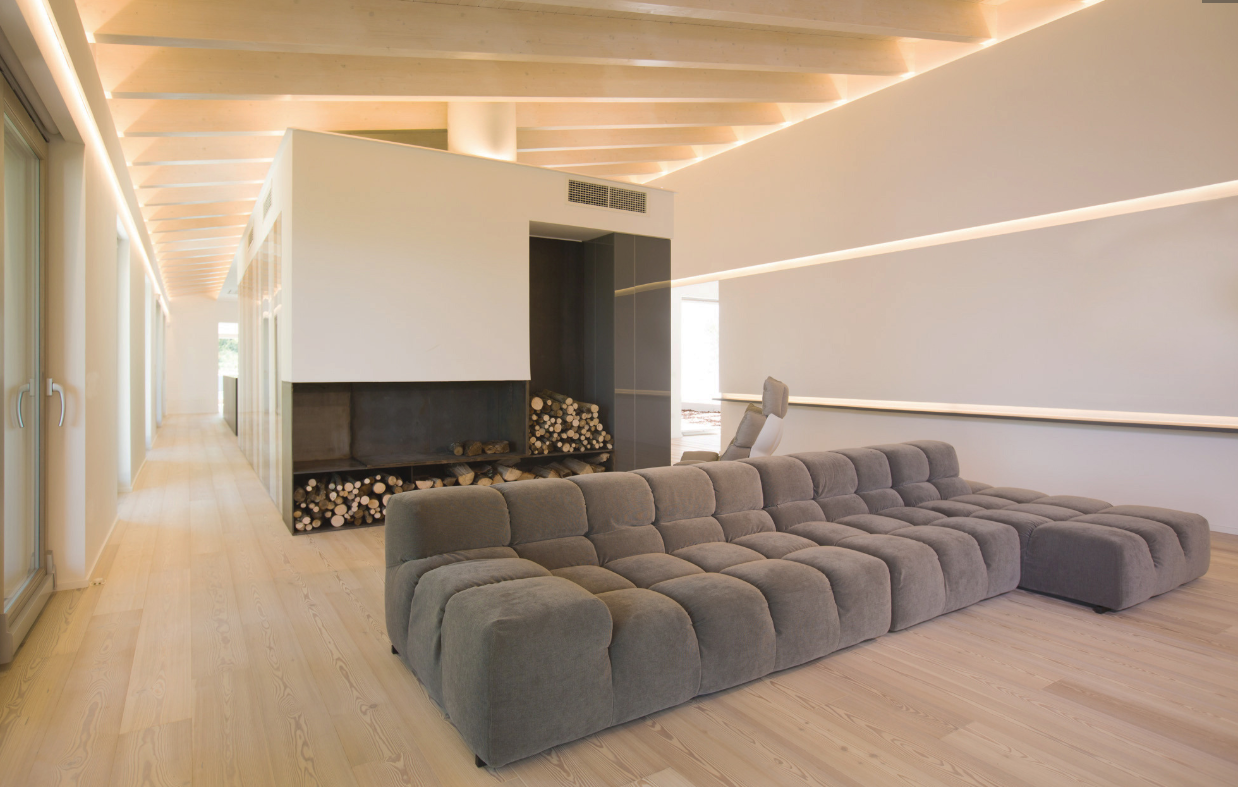 This solution for the living room would have turned out to be too aseptic, impersonal and ‘cold’ particularly in the evening and night hours due to the presence of windows and window frames and walls according to the ‘total white’ philosophy. The clear ceiling beams were accentuated even more the coldness of the environment.

To illuminate the environment, a lighting solution has been adopted that uses LEDs positioned towards the beams, with diffused and indirect lighting that creates a warm and comfortable environment when natural light is lacking.

Enhance the details with LEDs 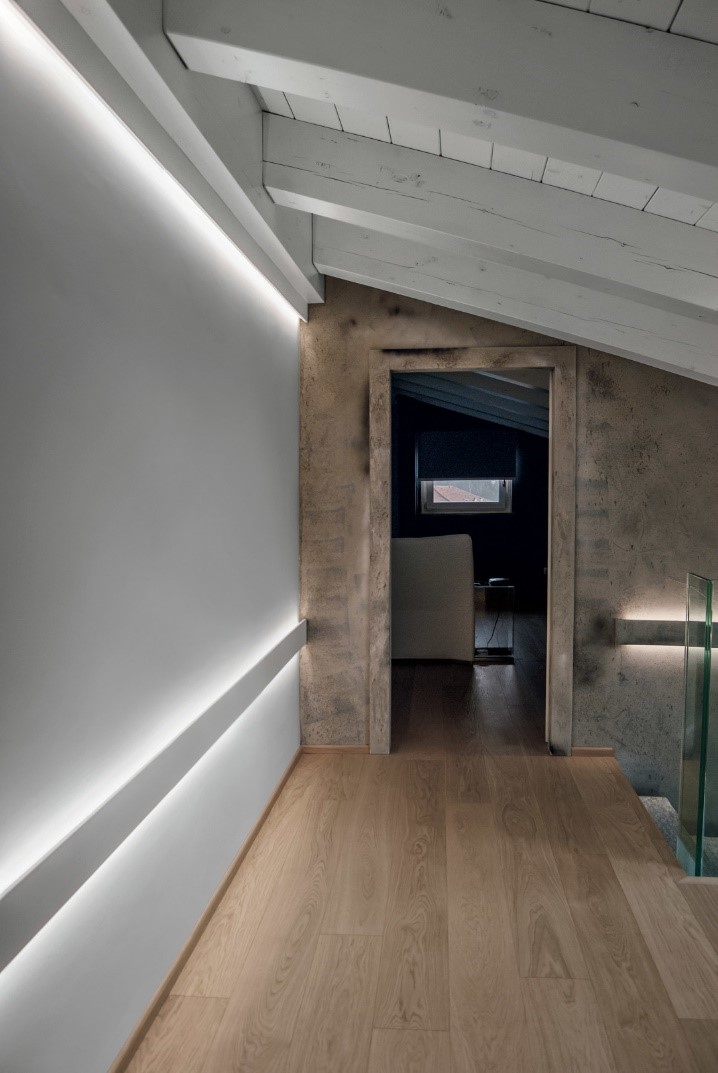 In this living area with clean lines, it is interesting to use the LEDs to highlight details of furniture. Such as the handrail of the staircase, which can be seen on the right. Or the lighting of the wall in front of the staircase, the first visible when climbing. It would be very nice to be able to put pictures on this same wall, which, in the evening, would be enhanced by this beautiful play of light. 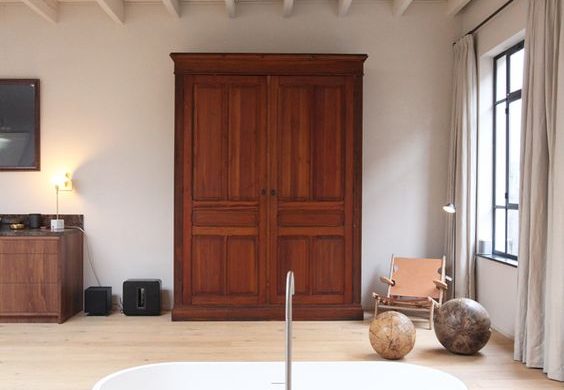 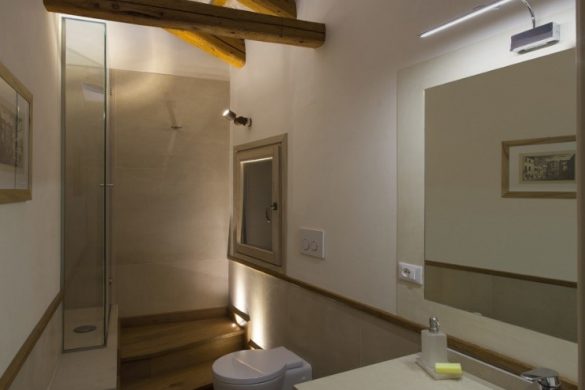 The winning idea can also be that of using led spotlights anchored to the beams or to the wall. This solution lends itself well especially to bathrooms, where it is often more suitable a direct light directed towards certain areas (sink or shower area for example). The spotlights in this case allow you to direct the light to the best or to create scenographic effects if turned upwards to illuminate the beautiful ceiling with exposed beams. 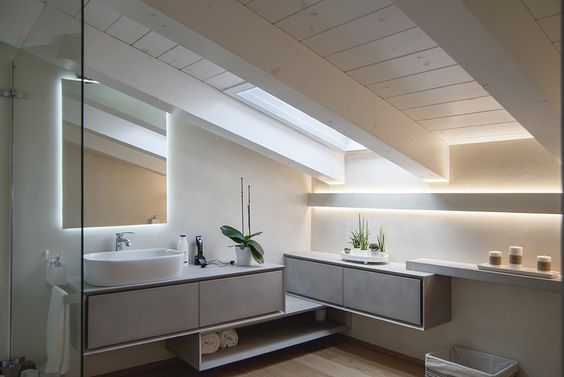 The importance of the presence of a window in the bathroom is essential for natural ventilation but above all for the presence of a light source during the day. For the evening, when the natural light fails, the best solution when exposed beams, is to put the led strips that, thanks to their characteristic strong and diffused light, enhance the lines of the beams and create a welcoming environment with a lighting similar to the natural one, creating a futuristic visual effect.

Design apartment for rent in Paris

Design a big outdoor space, with elegance and...

Home tour in United States: home in the...