Home ENGLISH ONLY A Sydney, a beach house designed by a studio with Italian roots
ENGLISH ONLY

A Sydney, a beach house designed by a studio with Italian roots

Beauty does not necessarily have to be pageantry but to be based on essentiality, even in a beach house.

In the architectural field, this concept can make the difference between the usual, slightly kitschy counterpoint that contrasts with magnetic visions dense with spirituality.

In the case of the interiors of this wonderful villa created by the Rosselli studio in Sydney, sensations can be traced back to a certain Italian familiarity of geometries and color choices.

In the furnishing context these are combined creating a homogeneous fusion of the minimal style that makes the habit to shabby lines, with discreet references of colonial matrix, that reveal the planning equilibrium. 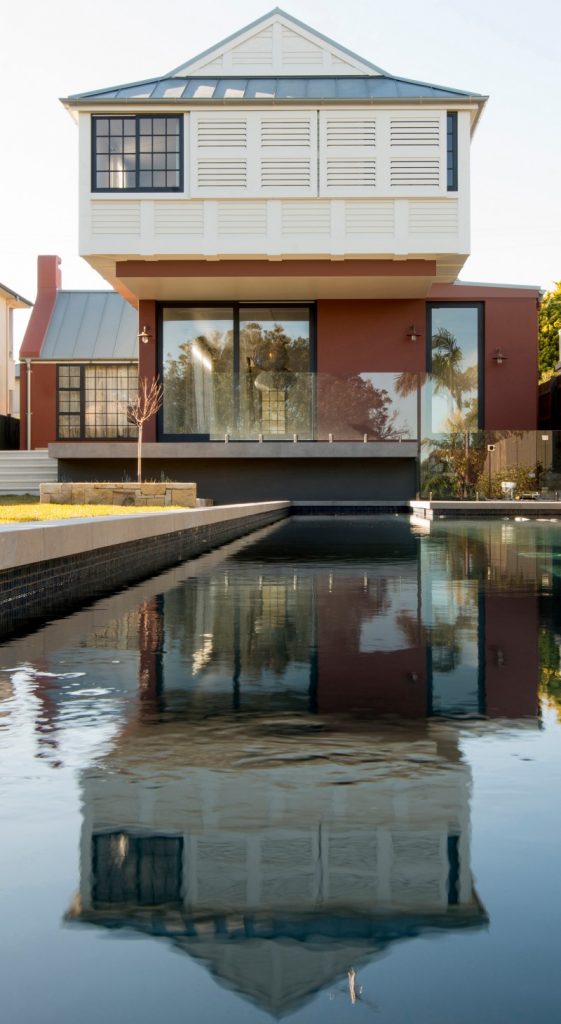 The inspiration that emerges from the choice of steel beams opposed to the simple wooden panel, which forms the roof, is an example of the creative genius made in Italy.

All in respect of the context both of the places and of the history of the country, leaving its imprint unchanged but progressing on current technological perspectives.

The opportunity to use full-height metal frames, which frame frosted glass panels, is a spirit of continuity between the exterior and the interior environment.

This choice is reminiscent of a certain industrial style that has been very popular lately, as can be seen in the catalogs of furniture manufacturers of the Alps or Scandinavians. 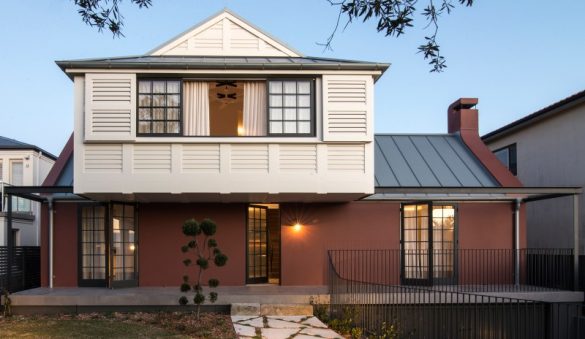 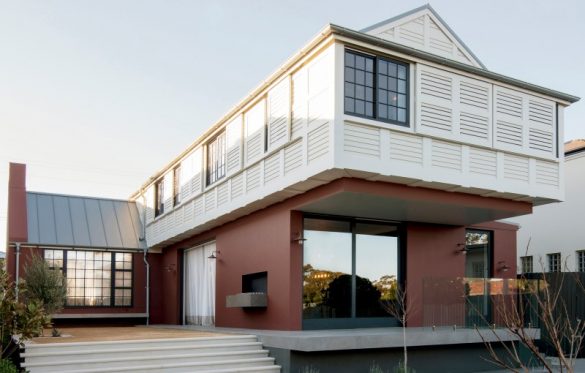 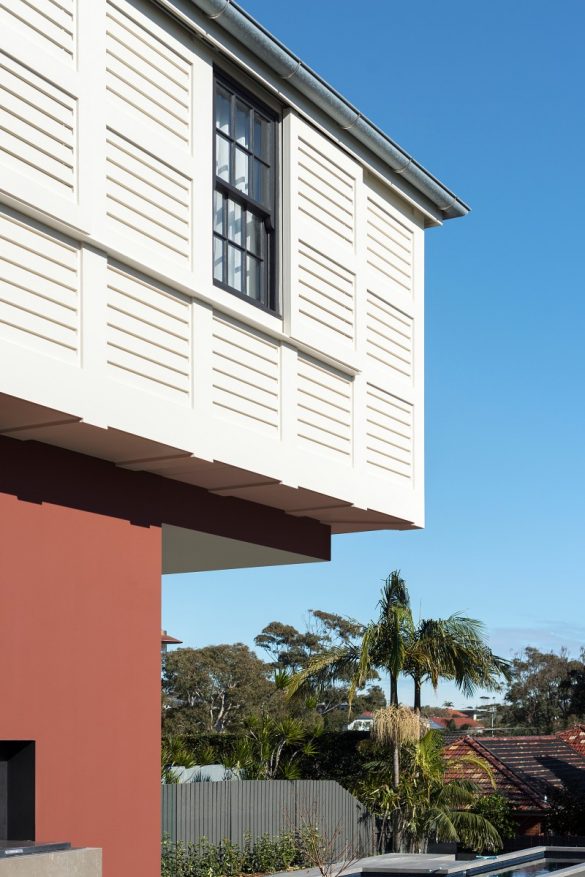 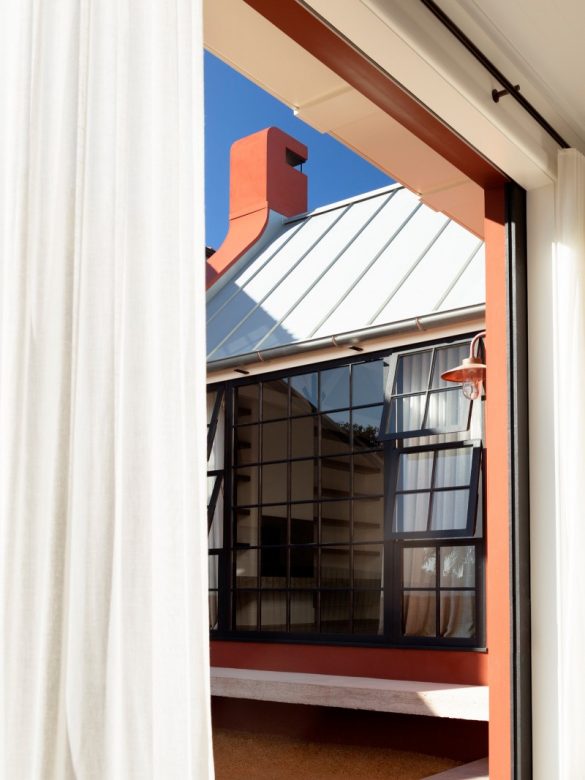 Another important factor is the juxtaposition of two material elements such as oak wood and the laying of ceramic bricks, whose geometrical perspectives give the impression of trampling a three-dimensional carpet.

Oak that is also used in the realization of the splendid staircase that leads to the upper floor, where the wisely designed metal balustrade has an arching that dampens the square tone with which it rises upwards.

There is no exaggeration in the structures but a sobriety of forms entrusted to the physicality of the wood. The wood interposes with the insertion of intertwined metal elements, like the doors, which make them unique pieces with a very incisive personality. 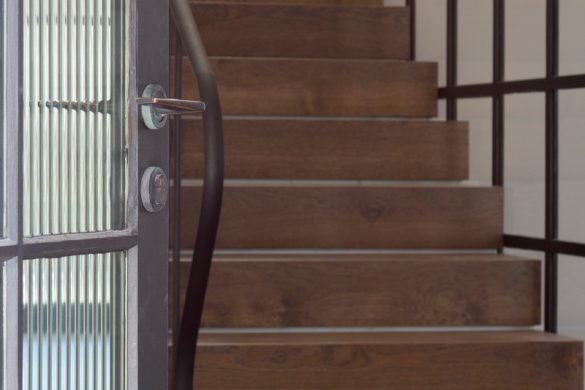 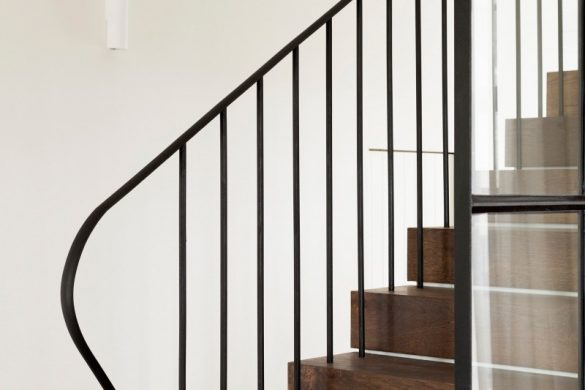 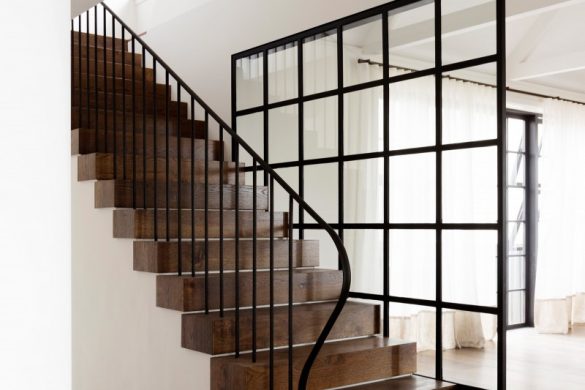 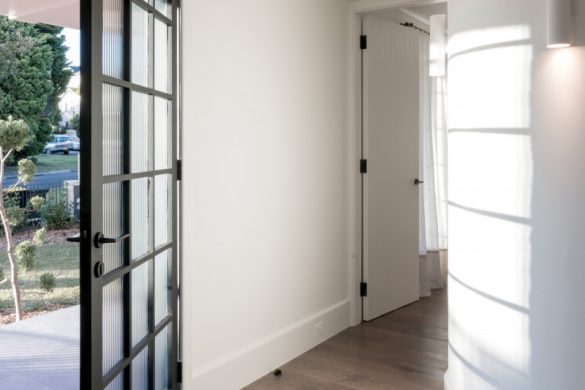 The living and the kitchen

The first floor hall makes logical use of the entrance to the light, which is amplified by the light roof and the simplicity of the natural tones of the wood.

In the kitchen, the practicality of having inserted custom-made fridges and pantries into the furniture creates a linearity at first sight austere, given by the gray color chosen for the color.

In reality we wanted to create a clear gap with the liveliness of the table that faces the work plan. On the same, the marble presence of an insert that recalls the same floor stands out.

The inclusion of chairs with a simple shape and the natural essence of wood, seems to want to declare itself as an intermediate point of union between seriousness and cheerfulness.

The metal inserts that constitute handles and doors have been made with the same craftsmabdesired for the living room furniture, enhanced by the cassette light points, in which four bulbs in led line with filament stand out, typical of the bistros of the last century. 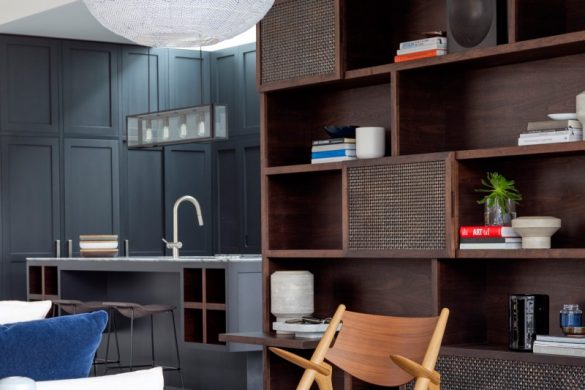 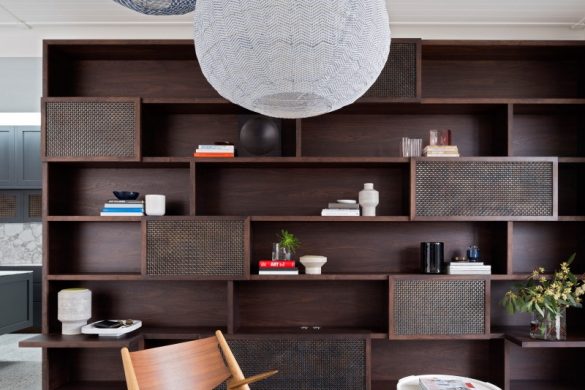 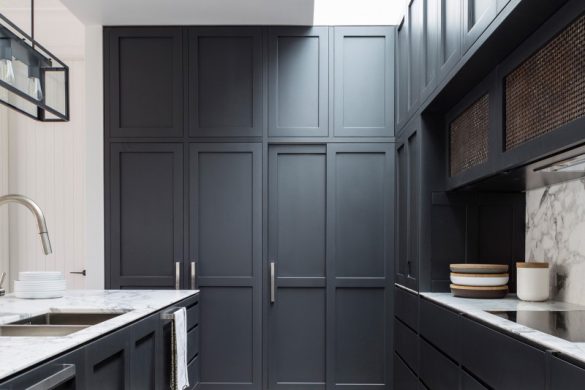 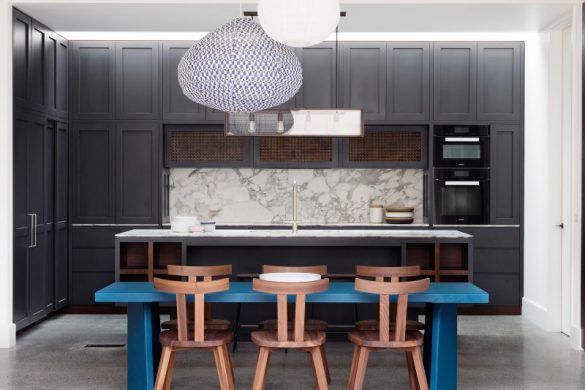 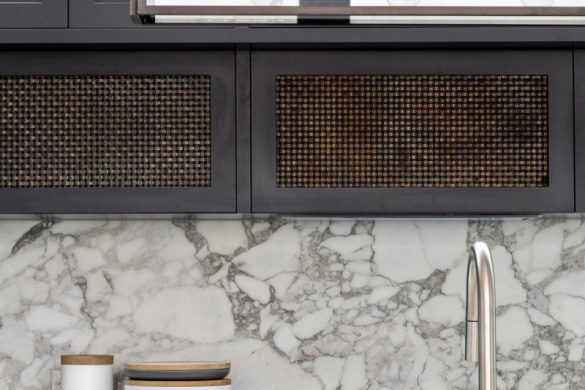 The bedroom and the bathroom

The bedroom is dominated by the roof frame that continues up to here as well as throughout the upper floor. In my opinion it gives a feeling of calm like that breathed in the houses by the sea.

Note the opportunity to adapt the wardrobe to the shapes that degrade down, further demonstration of how you can exploit all the spaces with criteria.

The tour of our journey ends in the bathroom, in which the presence of a tub with metallic shades stands out, taken from the window.

As a logical consequence, dark natural stone was used for the floor and the half-height covering as a material of tiles.

The furniture is basic but of great taste, underlined by the marble top and the linearity of the mirror. The mirror is combined with the full-height glass paneling, which acts as a splash proof of the floor-level shower head. 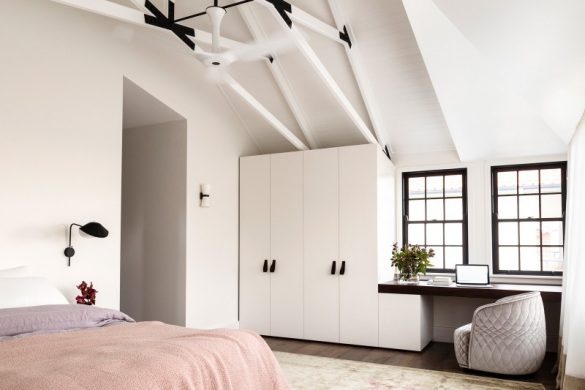 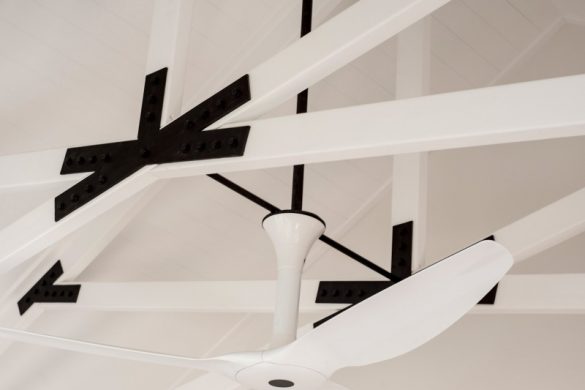 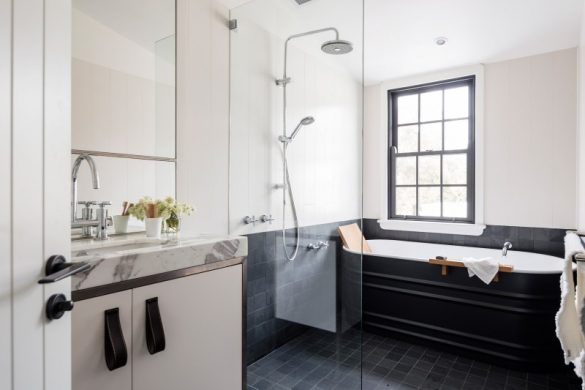 Easy Relooking awarded with the Best of Houzz 2018

The stained glass windows with bronze-colored profiles, to...

Why I am in favor of parquet in...