Wood and marble in the Brain Factory project

A meeting point between living and workspace 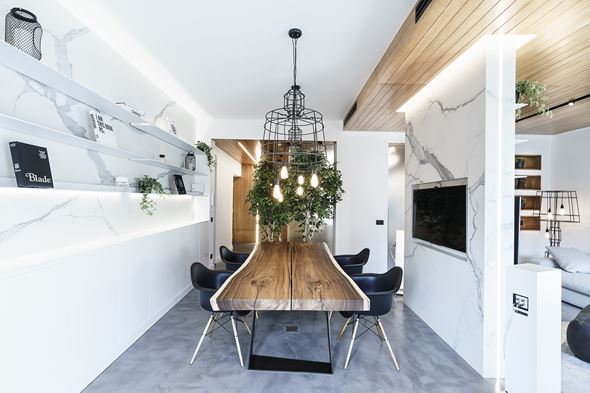 A place not easily classified that designed by the Roman architecture firm Brain Factory.

A space with indecipherable boundaries where the living room blends with the workspace and creates a contemporary environment suspended between minimal and organic design.

In this apartment, private spaces and environments dedicated to an architectural firm coexist in complete harmony, making it available to its clients to let live, touch and experiment the solutions proposed by the same studio.

130 square meters serving design and modernity where the details that define the style of furniture can be seen closely by the customer as in any showroom. An unusual choice, but current and fascinating. In this young and urban context the white amplifies the attention towards the craftsmanship and creativity with which the furnishing elements have been created, protagonists of this unique and exclusive space.

Like on a theatrical stage, the lights draw spaces and geometries.

The project of the apartment has taken account of the importance of the entrance, which, in this special context, accompanies owners and visitors to an area conceived in the name of conviviality through a side corridor of birch trees that, for a moment, they forget to be in a Roman apartment. 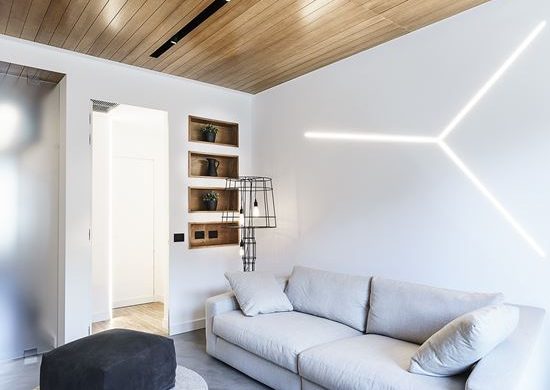 The lighting design is in this environment a compass with which to orient itself. The large windows reflect and amplify the light that, starting from specially designed points, move between the stems and the branches of small trees placed on a green turf that colors, together with other few objects, the color minimalism of the apartment.

The LED technology of the lights is impeccably inserted inside the carvings cut from the walls and which lend themselves to delineating spaces and perimeters. It is in this way that we are accompanied to the open space where, in a wall dressed only in the greyish veins of Calacatta marble made of stoneware, a screen is set. On the opposite side the large white shelves are backlit and animated in its monochromatism exclusively by some note of natural green. 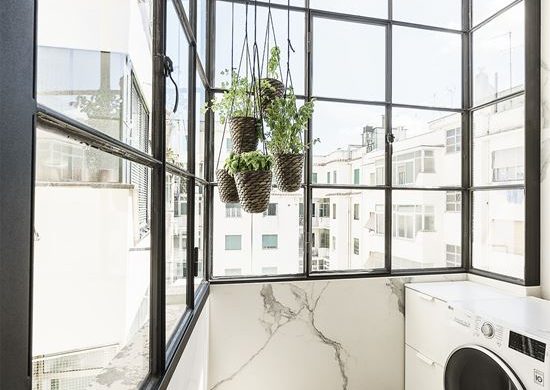 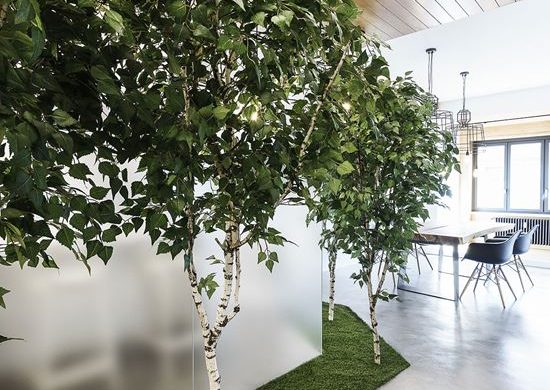 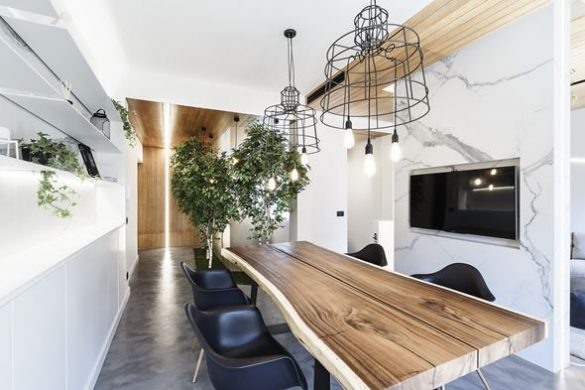 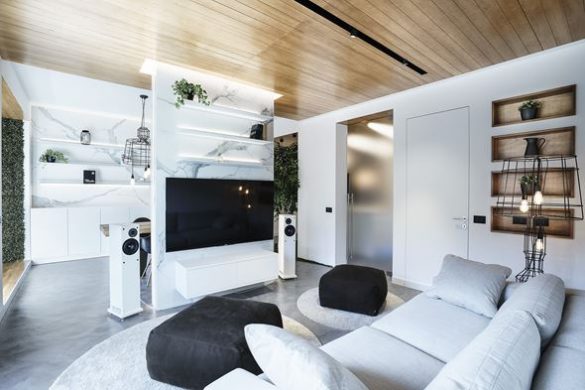 Between aesthetics and functionality

Although the mood of this atypical urban interior is undoubtedly striking, even the functional aspects of the apartment are able to pleasantly surprise.

Starting from the wardrobes, strictly hidden and camouflaged by the texture recreated from the artificial box that completely dresses the wardrobe to make it completely invisible. In this way even the doors disappear to leave even more importance to the real protagonists of the apartment.

So the center-to-room bathtub tilts the attention towards the bed of the master bedroom, proposing a new way of conceiving spaces in a sharp and incisive way.

The poplar elements, the calacatta marble effect, the glass and the microcement make the path inside the apartment and allow the various spaces to be enjoyed in a totally natural and comfortable way, and also allowing to perceive a refined and suggestive atmosphere. 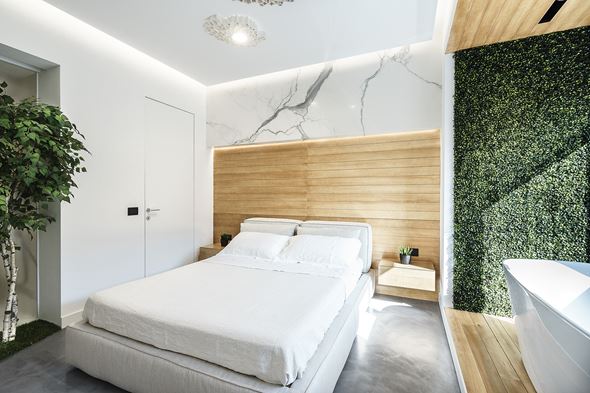 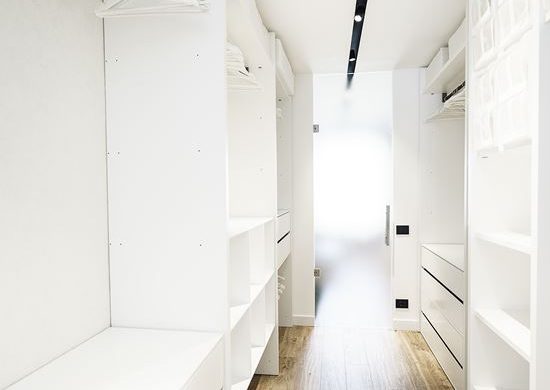 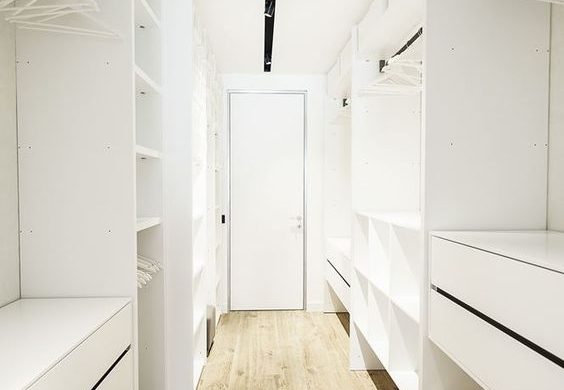 In this apartment the white seems to lend itself to accept the few elements characterized by an organic design.

In these rooms where the superfluous is reduced to a minimum and the details are taken by the natural world, it is possible to perceive a pleasant and versatile environment where the brightness of the white perfectly combines fluid furnishings able to amplify the spaces. 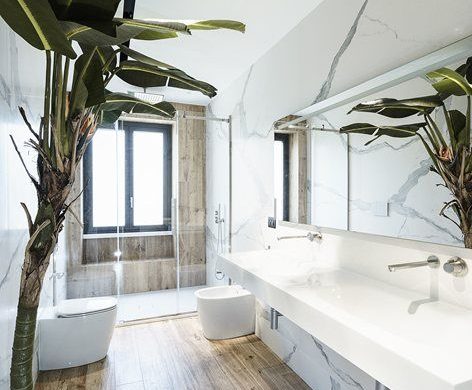 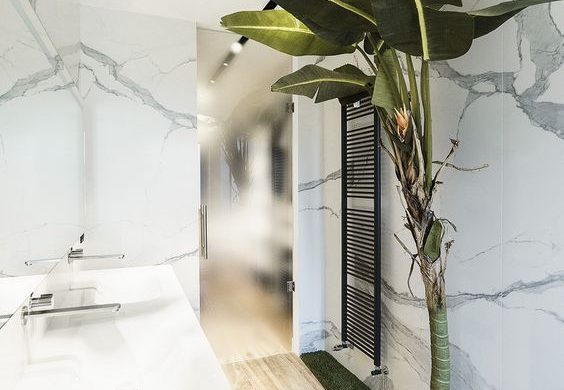 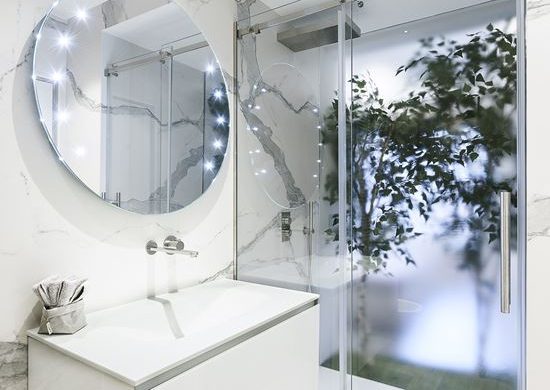 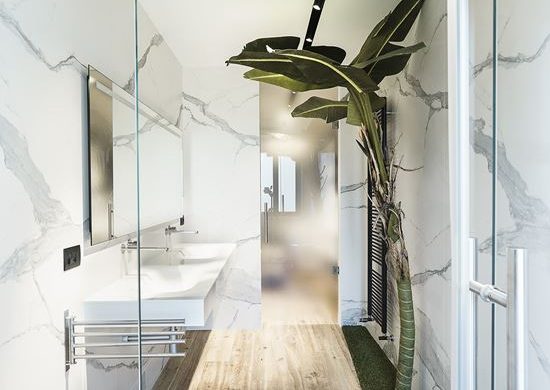 The stained glass windows with bronze-colored profiles, to...

Pink for interiors: spring is coming

An house furnished with the colors of the...