The rust color seems to be one of the colors in vogue right now.

A red with a brown tip that can be suitable for many interiors. I had already talked about it last week in this post.

It was the case of the project I followed for Cristiano, for his apartment in the new Parco Vittoria complex in Milan.

The rust color has become the protagonist of the living room, with wall segments specially decorated to create an oxidized effect. 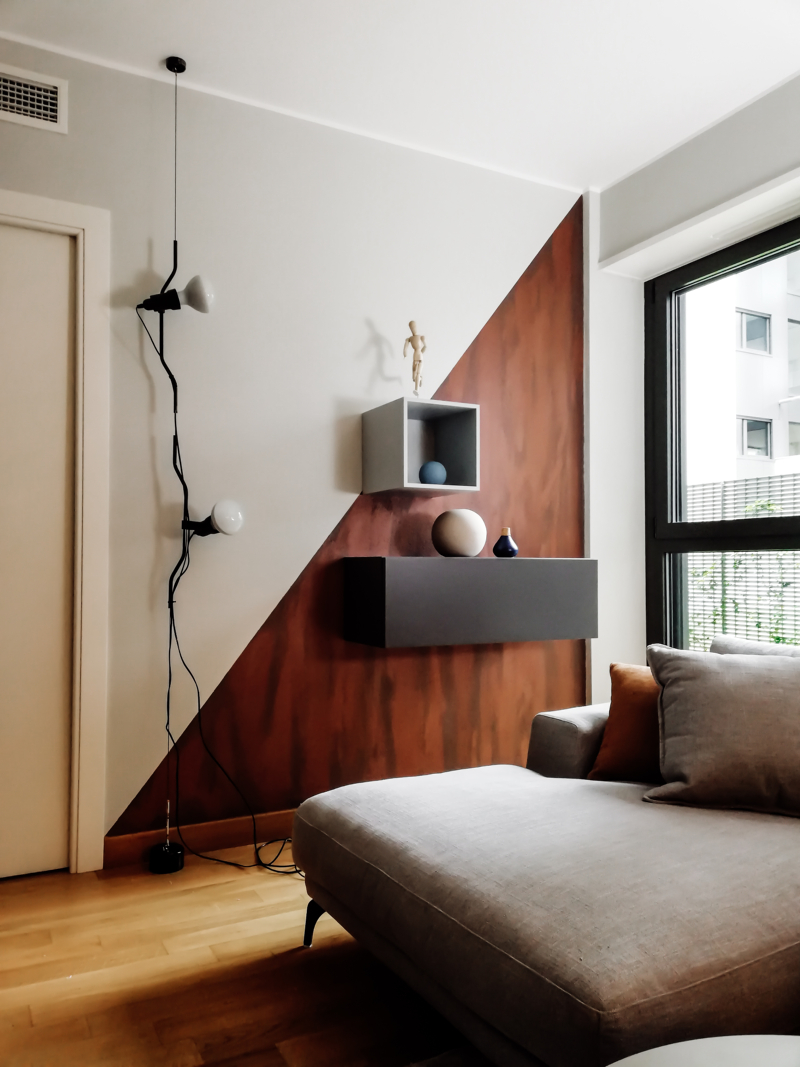 The choice of rust color

During the first meeting with the client, the initial indication he had given me was to use a few colors. He did not like too many colors all together, so it’s better to focus on grays combined with warm colors.

I then proposed to create wall portions decorated with rust effect. An effect of a warm hue, not too red-tinged but more towards the shades of orange.

In order not to make the environment really too minimal, I heated the furniture with a table with legs in solid wood, the Decapo by Miniforms and the Hat chairs by Ozzio Italia.

The study of lights was fundamental.

Being a ground floor, the apartment does not receive much natural light.

It was essential to reinforce the lighting: I opted for drywall lowerings that could properly illuminate the kitchen and dining area, then continued in the living room with light effect over the TV cabinet.

The Parentesi lamps by Flos, on the sofa side, and the Tolomeo by Artemide, above the table, complete the lighting.

The project renderings revealed to Cristiano the result which, together with the client, I had worked on, in terms of selection of furnishings and final disposition. 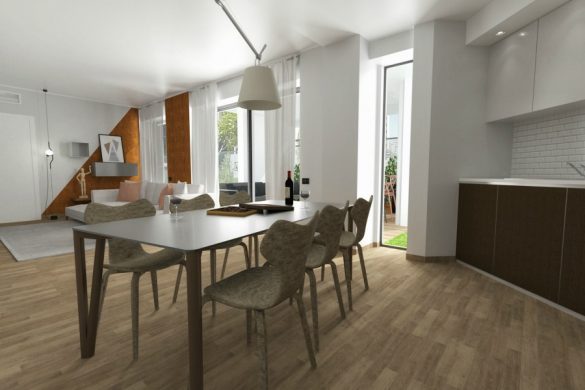 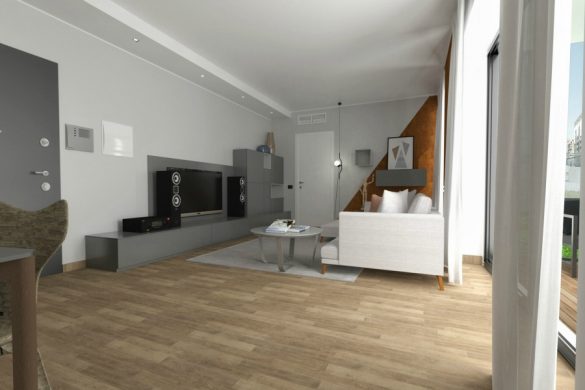 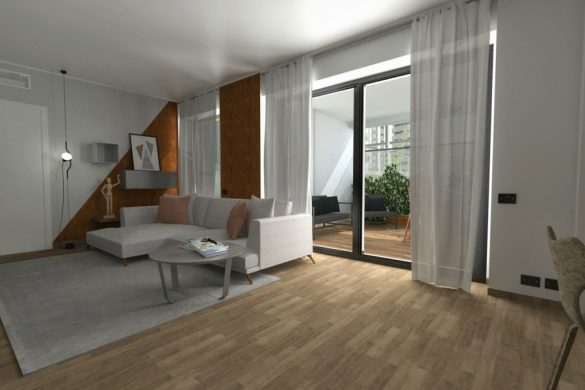 Rust color live is even better!

When I could see the realization and photograph it, I can assure you that the rust color is very beautiful. When you touch it, it is rough at the right point!

It gives particularity to the living room without weighing it down. 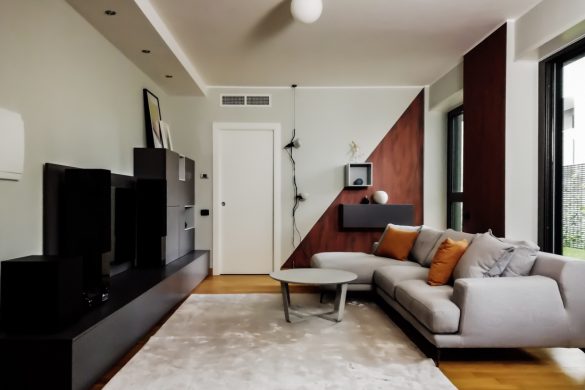 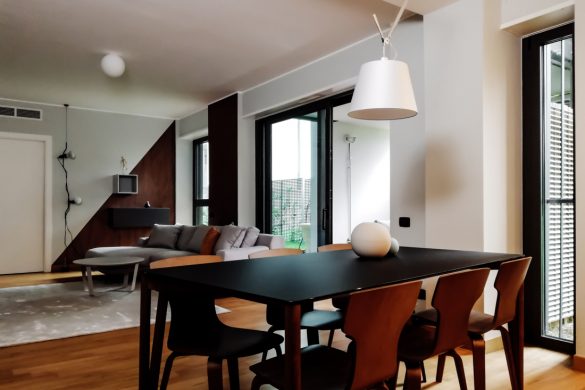 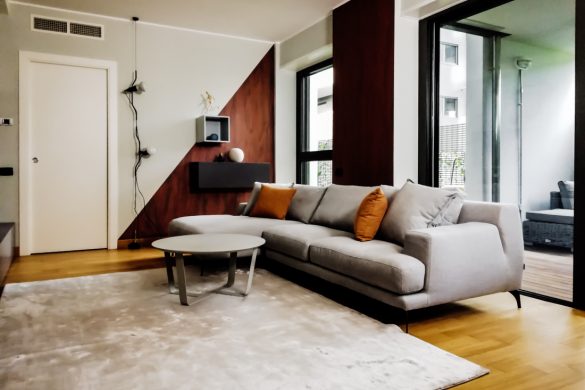 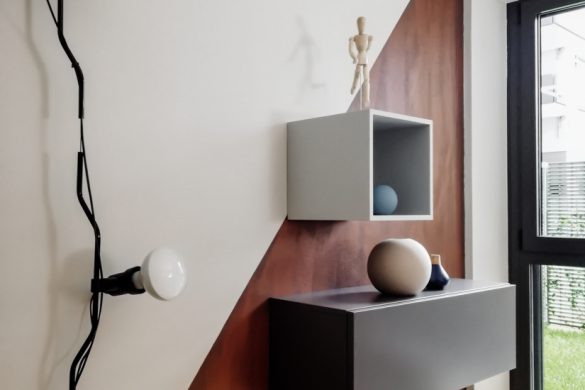 The rust color has also been taken up with the cushions of the new sofa. The furniture and colors have been designed to be balanced, since we have gone to introduce an element – the rust color – which must be well dosed.

What do you think of the use of rust color in this project?

Design is a game, play a project

Little Hands Wallpaper: wallpaper for the little ones

Outdoor lighting for balconies and terraces