Arcs and curved lines protagonists in a modern key

Role of the arch in the interior design

The use of the arch in the interior design is usually aimed at separating two rooms while maintaining continuity between them; this happens when you want to conserve spaces or enhance the visual impact of certain settings. However, this is an interpretative choice that is linked to classic canons revisited in a modern key, where the three-dimensional geometric appearance gives, depending on the case, solidity or lightness. Its extreme versatility allows it to be used in numerous settings always starting from the assumption of do not exaggerate in its use, which must be measured and conditioned by the structure of the premises. 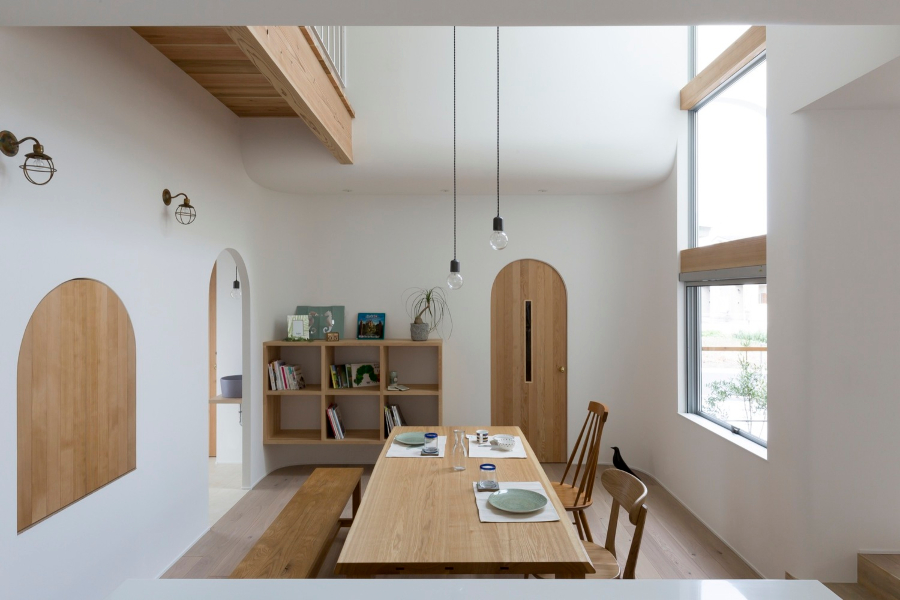 Designed by “ALTS Design Office“, a team of Japanese architects, Outsu House, located at Outsu near Shiga, is a ‘ private two-storey house characterized by the presence of numerous arched openings and curved walls. Externally the completely white facade is surmounted by an asymmetric roof that offers an initial visual impact of great sobriety also due to the presence of a high arched door that allows access inside, after passing through a small garden and a small brick courtyard. 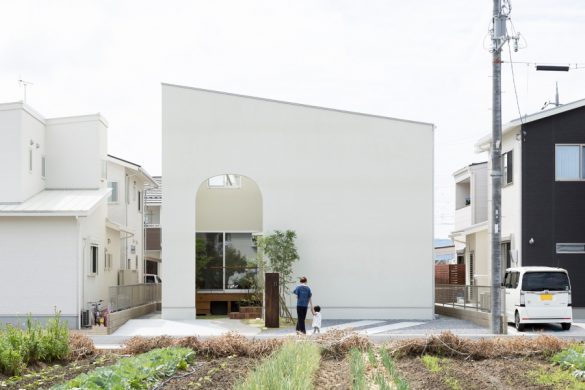 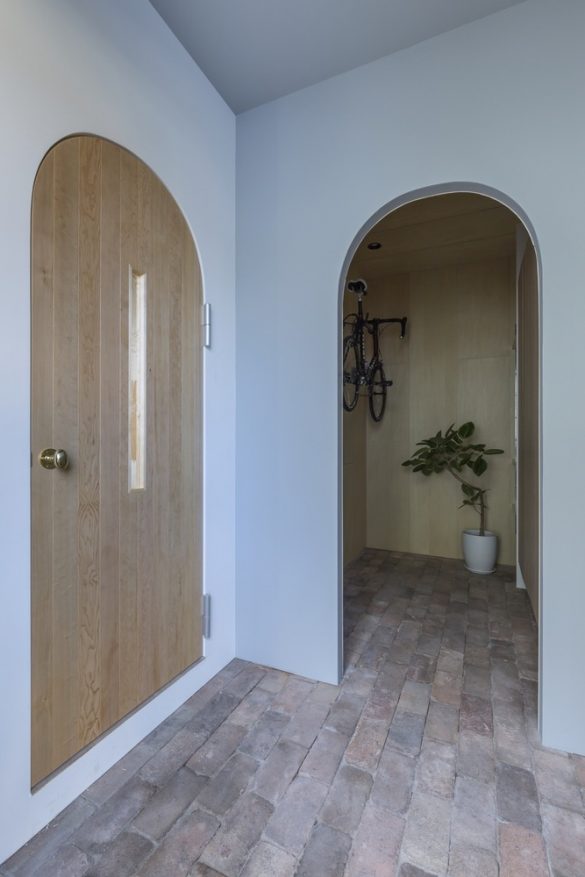 The surfaces and total of the construction is only 105 square meters, which seem much more due to the almost total lack of walls. 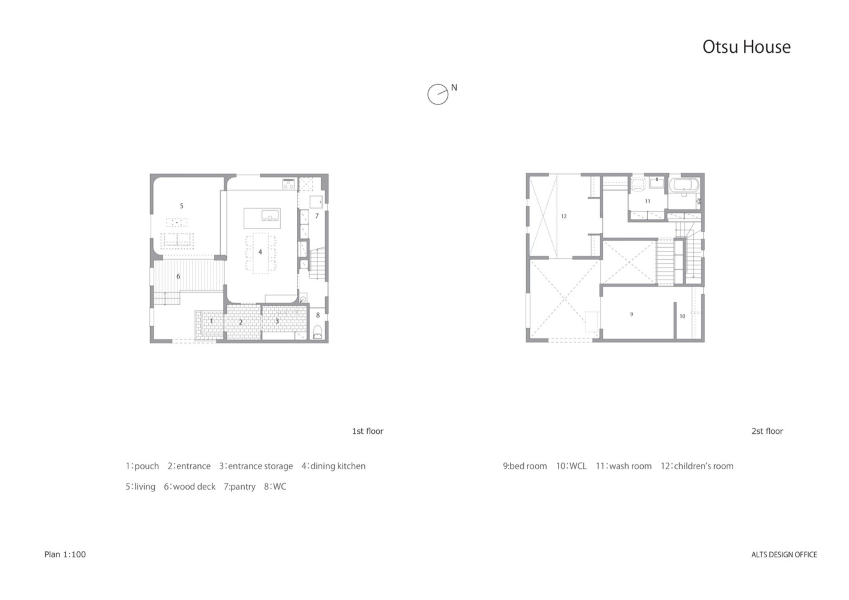 Also the notable use of curvilinear surfaces for windows, doors and decorative elements, gives an appearance of extreme airiness.

One of the main purposes of the designers was to create a welcoming and light-filled environment, promoting wide spaces for connection with the outside, without weighing them down with shutters or doors too intrusive. Employing vaulted openings results in an ideal use of space and brightness. 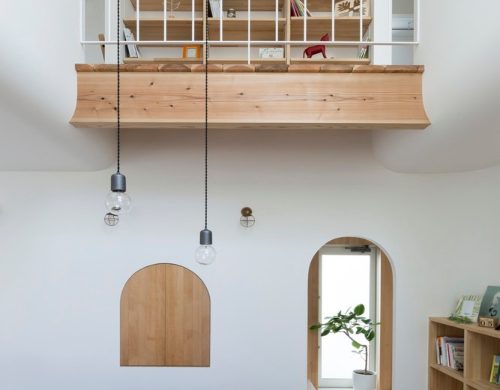 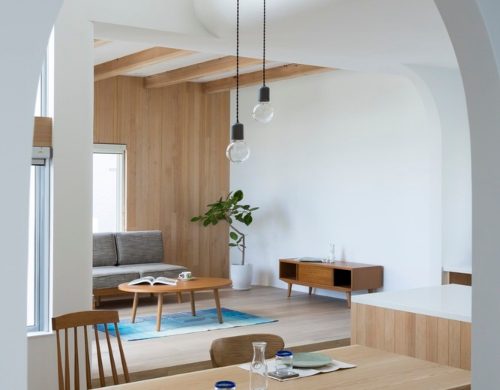 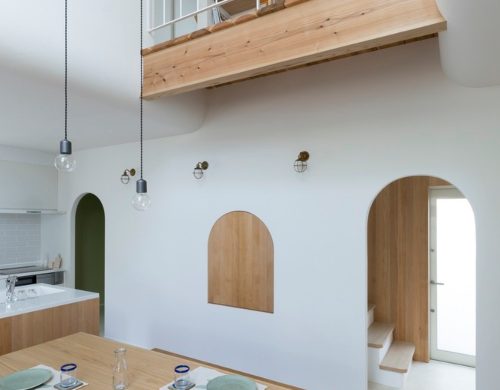 The ground floor is arranged on three different levels that underline the distinction between the rooms, where the entrance is located below the living and dining areas. The first floor has a size equal to half of the one below, to create a visual impact of double height where the void is framed by curvilinear surfaces and flanked by very large windows that allow the entrance of a lot of light from the outside.

Open arch-shaped windows instead of doors

Leaving maximum freedom to the distribution of light, the architects have thought to offer the possibility to enjoy every color change in the different hours of the day and in the evening, from morning to sunset. All the connections between the interiors have been arched, both empty and with wooden doors “western hemlock”. It is a material with a brownish color, with darker veins alternating with whitish spots, which has been used also for all furnishing accessories in custom carpentry. 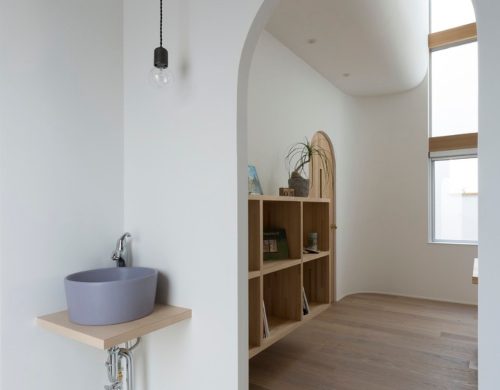 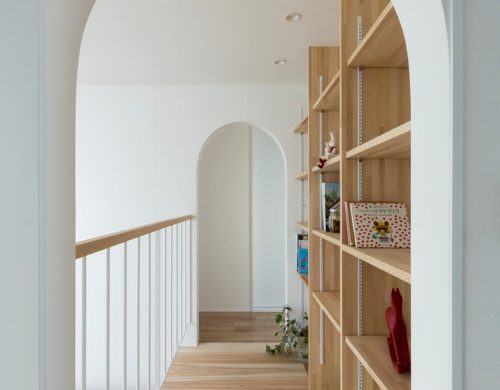 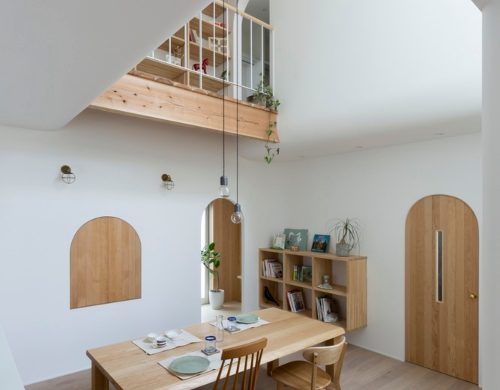 Through a wooden staircase leads to the upper floor where there are two bedrooms and a bathroom.In this area there is a corridor overlooking the staircase and delimited from two arched openings, whose internal wall is completely occupied by a wooden bookcase. All the furnishings are inspired by the utmost simplicity, with extremely sober lines and where, once again, the arches are the dominant motif both as partitions and as decorative elements. 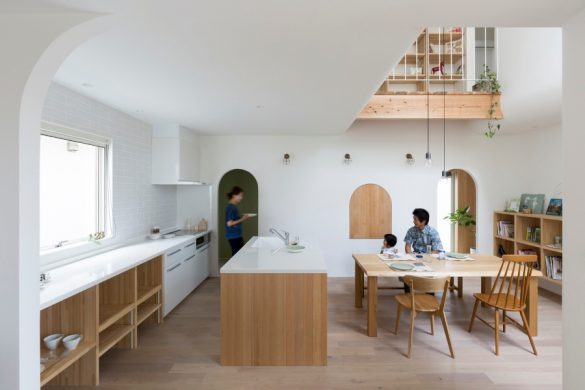 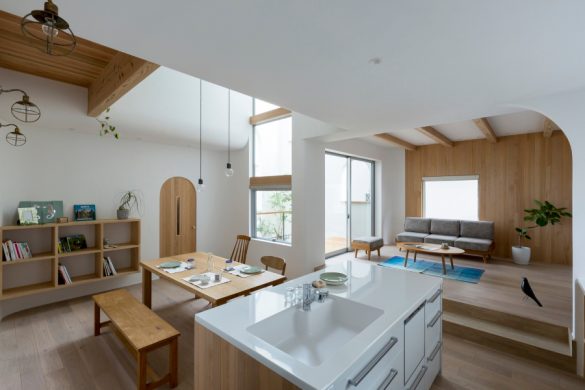 Some details, such as a set of metal wall appliques and above all a wall-mounted bicycle storage, confirm the distinct personality of the clients, who the design studio wanted to fully respect.

Design litter box: why I choose the tailor made option

Iron furniture and the beauty of the innovative...

A second hidden bathroom in the bedroom

Duplex in Paris in black and white